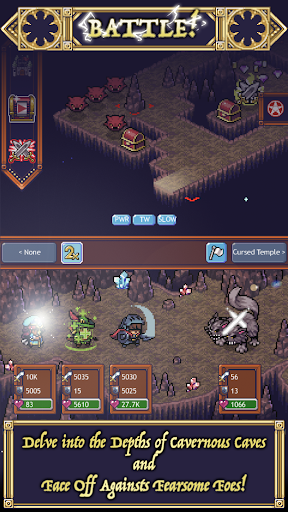 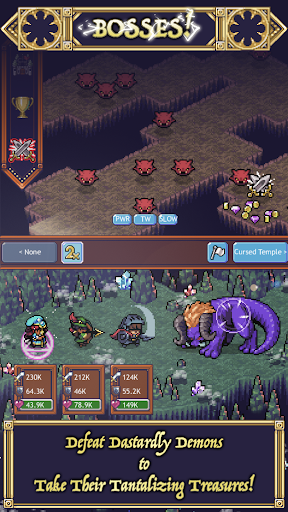 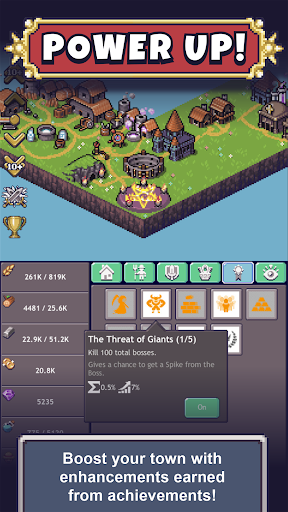 This dungeon crawler will cart you into colossal caves of craven creatures. You’ll have to battle monsters, upgrade equipment & incremental skills and form a party of heroes to crawl deeper into perilous dungeons & caves packed with loot. Upgrade and equip your idle heroes to find treasure in a pixel dungeon, making sure your heroes have enough gear, health and items to protect them from a dungeon doom.

Crawl Through Dungeons
– Caves & Dungeons stretch beneath your village.
– Each pixel dungeon is packed with tough monsters.
– Engage in incremental boss battles!
– Explore Dungeons even offline in an epic cave idle crawler!

Collect Resources: Build Your Village!
– The Caves are packed with resources! Collect them all!
– Invest Resources in your village to Upgrade Your Heroes!
– Find hidden loot and customize your heroes with the epic gear.

Incremental Action
– Play as much or as little as you like!
– Your heroes & village keep leveling up even when you are offline
– Return to collect the loot and riches your heroes collected while you were away!

Lovers of dungeon crawlers and incremental RPGs won’t be able to put down this idle cave dwelling game. Go on an epic quest, explore dungeons to battle monsters and defeat the tough dungeon bosses in Cave Heroes: Idle RPG! Enjoy it online or offline!
– Added music.
– Added other sounds.
– Now, if your pets killed the Guardians, the Poison Land challenge will unlocks automatically. The rank will be set according to the number of Guardians killed.
– Fixed a bug where pets could kill Devastators.
– Small bug fixes (2).